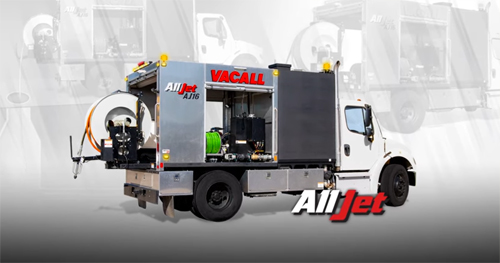 The video also includes a brief overview of the history of Vacall models, and a summary of the various AllJetVac, AllExcavate, AllSweep and AllVac machines as well as Vacall's new AllJet truck-mounted jetting machine. Vacall machines are well known among governments and contractors for their exceptional durability and ease of operation as well as their powerful vacuum and jetting forces.

"The video was produced primarily to provide insight for our customers and distributors who have never visited our plant," said Bill Petrole, Gradall's Vice President for Vacall products. "It also will be used by our Human Resources department to familiarize new hires with the company and its culture, and we think it will be of interest to people who are curious about both Vacall and Gradall brand machines and construction equipment in general."